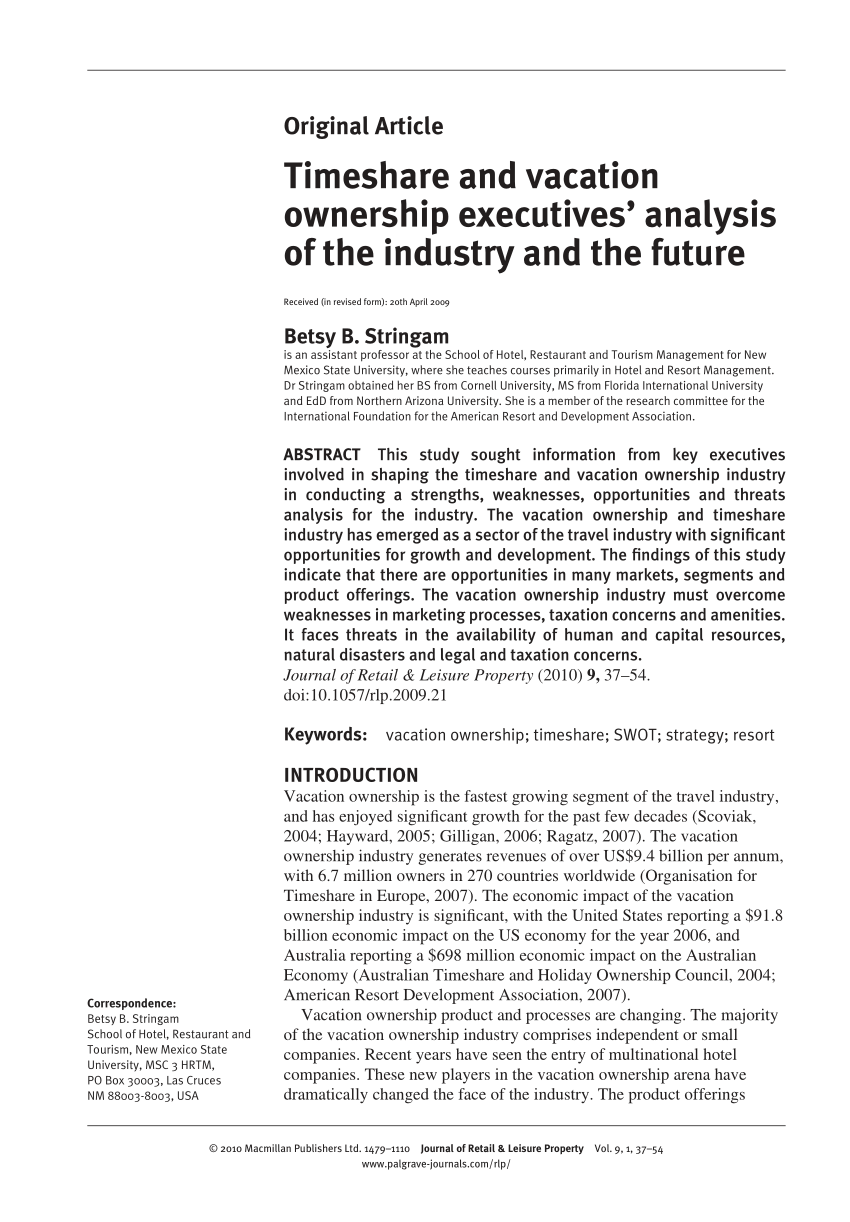 The timeshare industry is a major presence in the global economy. It is estimated to have contributed $92 billion to the US economy in 2005. Its popularity has continued to grow over the years. While it has a negative image for its high pressure sales tactics, it has also made significant contributions to the global economy.

Today, the industry is polarized between a few large publicly quoted multi-site branded operators and a slew of small independent single site firms. These companies are fighting to adapt to a radically changing economic landscape. Amid this turmoil, the timeshare industry is facing big challenges as it tries to attract younger consumers.

Millennials, the generation born between 1981 and 1996, make up the largest group of consumers in the industry. This generation is expected to be the most influential in the coming years. Many millennials believe in the American dream. They have contributed greatly to the world by creating innovative technology. But while they have contributed, they are making less money than previous generations.

There are also concerns about the quality of the properties offered by the timeshare industry. Due to poor initial quality and inadequate maintenance, most timeshares degrade over time. Combined with increased user traffic, this can result in more wear and tear on a property. Consequently, many owners have been cutting deals to pay in advance for future usage.

Another concern is the lack of clear exit solutions for buyers. Because most timeshares are perpetual contracts, there is no clear path for buyers to leave if they want to. To combat this, timeshare companies have tried to find ways to limit their buyers’ ability to break free.

In 2007, the ARDA International Foundation (ARDA) conducted a study on the industry. This survey was based on responses from a sample of 16 top timeshare companies. As a result, ARDA was able to project sales volume in the United States to reach a new peak of $10 billion in 2006. Moreover, the study predicted that over the next five years, sales volume could increase 81%.

The millennial generation is predicted to grow to the largest travel market in the next several years. According to the ITB World Travel Trends Report, millennials are leading the way in the travel industry. Although the timeshare industry will continue to face challenges, its prospects for the future remain promising.

One key factor that will help the industry recover is the rise of a younger generation of travelers. With a strong base of millennials starting families and moving to retirement, the tourism industry expects a surge in vacation ownership.

To overcome these challenges, the timeshare industry must make substantive changes. It needs to be more honest, offer better deals, and provide more information to potential buyers. Ideally, the industry should adopt a code of ethics in order to protect consumers’ rights.